Delta-8 is riding high in the legal cannabis market. How long can it keep this up? 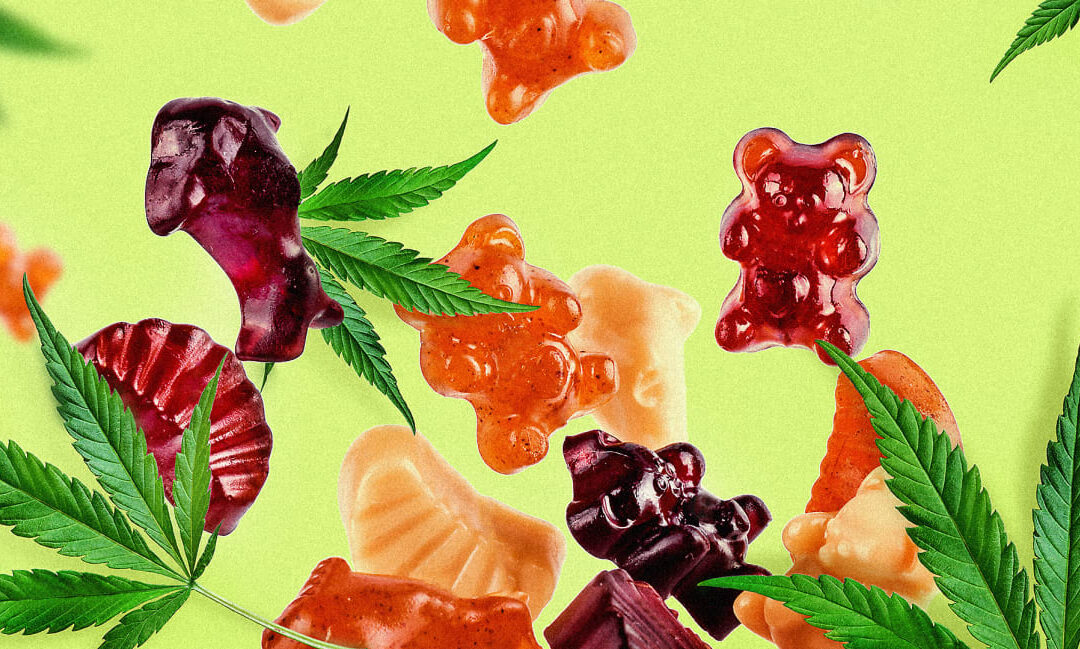 The promise of delta-8’s high-dosage THC gummies seems too good to be true, and it may not remain true for much longer.

The idea of legal weed for Americans has long since left the realm of Amsterdam fantasy. Medical marijuana has been readily available in some states for the past 25 years, and in 2012 Colorado and Washington became the first of many to legalize it recreationally. Nowadays, the only thing separating a criminal narcotics offender and a cannabis influencer in America is geography.

Somehow, though, one surprisingly potent form of cannabis has managed to transcend all of the remaining restrictions, and become legally available for purchase at the federal level. Delta-8 is currently riding high in the growing national cannabis market. But how long can it keep this up?

Cannabis contains more than 500 chemical compounds, including its marquee hit, delta-9 THC, which gets people high, and the newly ubiquitous CBD (cannabidiol), which does not. Another one of those compounds is delta-8, a hard-to-extract form of THC that is currently ascendant in popularity. Like CBD, it is legal at the federal level and therefore available for purchase at smoke shops in most states in the U.S. But while CBD has the green power to, at best, make falling asleep slightly easier, delta-8 is more the kind of enhancement that makes watching 2001: A Space Odyssey an experience of profound depth and visual splendor.

Despite being effective enough to earn warnings from both the Center for Disease Control and Federal Drug Administration this week, delta-8 gummies and vape cartridges are still legal enough to get sponsored content posts on the websites of lad mags. How is that possible? It’s because of a legal loophole in the 2018 farm bill, which legalized hemp by categorizing it as any part of the cannabis plant that doesn’t have significant traces of delta-9 in it. In the years since then, crafty cannabis entrepreneurs have borrowed an Air Bud-style “ain’t no rule that says a dog can’t play basketball” ethos to introduce delta-8 products into the legal hemp marketplace.

This context does not yet seem to be widely known. Walk into your average smoke shop in a non-recreational city, and the clerks will likely confirm that delta-8 gummies get you high, without being able to explain, off the top of their heads, why they are available for purchase.

The days of smoke shops functioning as legal speakeasies seem likely doomed, however. Cannabis lovers in non-recreational states have stayed lucky for a while now as delta-8 has largely flown under the radar, like free music lovers during the early days of Napster’s rise. But states have been ramping up efforts to ban the chemical compound from shops that aren’t licensed for marijuana sales, with 16 of them succeeding so far. This week’s official warnings from the CDC and FDA about delta-8’s potency seem like they will only expedite the inevitable closing of the hemp loophole that made its legal existence possible.

There’s a historical precedent for this sort of dance between the wellness industry and the FDA around potentially harmful legal chemicals. The ephedra wars of the 1990s and early aughts, for instance, during which diet supplement companies lobbied to keep their Meth Lite product legal, prove that when it comes to loopholes around chemicals, it’s better to ask for forgiveness than permission. (Or at least it’s more lucrative to do so.) Canny executives know to take advantage of iffy laws for as long as they can, until the jig is up.

Unfortunately, when that happens for delta-8, it will mean the powers that be took the wrong lesson from the chemical’s moment of unlikely legality.

Instead of seeing the loophole as a pesky problem that makes a criminal product pass as legal, they should see it as an exception that makes a mockery of the arbitrary rules around marijuana in the U.S., which are currently keeping some offenders in jail and others in the black.