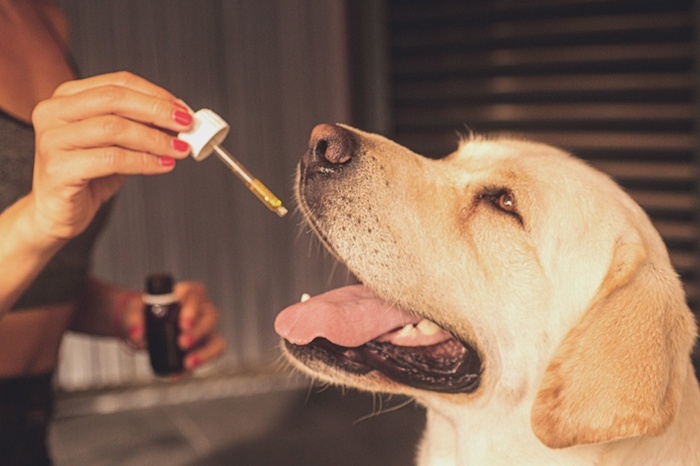 Nevada veterinarians are the first in the nation to win permission to treat animals with cannabinoids, including CBD.

A new law taking effect Oct. 1 clears vets to recommend and administer hemp and cannabidiol products below 0.3% THC without fear of sanction from the state licensing board, the American Veterinary Medical Association reported Thursday in its journal.

CBD is commonly sold through veterinary channels in all states. But veterinarians could be sanctioned for administering it because the products haven’t been approved for animal use by the U.S.Food and Drug Administration.

The ban remains in place despite promising research on CBD to treat epilepsy in dogs. The FDA allows doctors to prescribe CBD to treat human epilepsy, but the cannabinoid remains off-limits for veterinarians.

The sponsor of the Nevada measure, Assemblyman Steve Yeager, told the AVMA that he hopes more states clear paths for veterinary cannabinoid use.

“I certainly hope that other states follow Nevada’s lead and provide reassurances to licensed veterinarians that they can administer CBD or talk about it with patients without fear of facing disciplinary proceedings,” he said.

Market analytics giant NielsenIQ, which tracks sales of hemp-derived CBD, predicts that pet CBD sales will be roughly $300 million this year and about $500 million by 2025.