Back Pain: One in a Billion 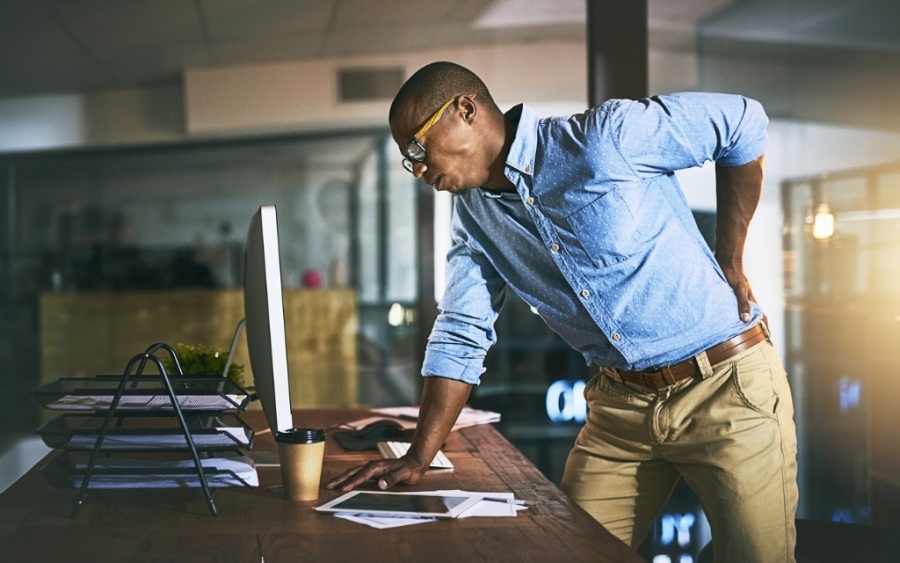 If you have back pain, you’re not alone—far from it. A 2020 study suggests more than a billion people around the world have low back pain, neck pain, and other musculoskeletal disorders. Are you a member of this club?

Back pain can be a real drag, just another sign that you’re getting older. But you’re not alone. You’re like about 1.3 billion other people on the planet. That’s right — more than 17 percent of the 7.5 billion people on Earth suffer from a musculoskeletal disorder. In addition to 1.3 billion worldwide cases of back pain, there were 121,300 deaths as of 2017, according to a 2020 study published in Arthritis & Rheumatology.

This analysis used data from the landmark 2017 Global Burden of Disease study. It is believed to be the first to provide an overview of the global burden of musculoskeletal disorders. The research also calculated the number of years lost due to ill health, disability, or early death — referred to as disability adjusted life years (DALYs). Due to musculoskeletal disorders, the study estimated some 138.7 million DALYs.

The study reports on global musculoskeletal disorders, including:

…and other disorders across 195 countries between 1990 and 2017, broken down by age, gender and sociodemographic index.

Low back pain, osteoarthritis (called spondylosis when it’s found in joints in the spine) and neck pain comprise almost three-quarters of all cases globally. The most common cases have not changed much between 1990 and 2017:

“Lack of a significant observable decline in musculoskeletal burden suggests that there has been little concerted effort to address the problem,” according to the research. “The present study shows that musculoskeletal disorders continue to impose a remarkable burden of disease on the world’s population with low back pain, neck pain and osteoarthritis contributing the largest burden.”

Who Gets Back Pain?

The burden of these musculoskeletal diseases generally increased with age for both men and women but was more prevalent among females and was higher in developed countries.

Like many chronic diseases, back pain has enormous costs on mental health, the economy, and the healthcare system. A March 2020 study in JAMA found that low back pain and neck pain had the highest amount of health care spending at $134.5 billion in 2016, while other musculoskeletal disorders account for $129.8 billion — the second highest amount.

Back pain is a very broad symptom that can be tied to a wide range of diagnoses, according to Harvey E. Smith, MD., chief of orthopedic spine surgery at Penn Medicine in Philadelphia. “If someone has a first-time incidence of back pain that doesn’t travel down the leg, many times it can be managed with exercise, physical therapy and core strengthening,” he said. “Generally, the back is a very ‘lose it or use it’ case—it’s important to stay active.” Pain that travels down the leg is a sign of compression of a nerve in the back, what most people call sciatica.

Other times, symptoms can radiate to the back, Dr. Smith said, with but the source being something else medically, such as ulcers or kidney pain.

“Certain things we call red flags, like pain that is atypical, associated with a serious underlying condition, such as infection,” Dr. Smith said. Back pain that wakes you up from a deep sleep is something that should be evaluated by a clinician, he said, because that’s not typical.

If back pain is not getting better within six weeks, Dr. Smith said it’s a good idea to see a clinician. “Back pain is a symptom of many underlying causes, some treatable with surgery, some that can be treated in a nonoperative manner. The most important thing is to ascertain the source of that back pain. Once you ascertain the source, come up with a treatment strategy,” he said.

The pandemic has likely changed people’s routines to the point that they could be ripe for back pain. People aren’t walking as much, doing aerobic exercise or working core muscles. “Those types of things are great for your back,” Dr. Smith said, while prolonged sitting–whether at an office or at home–puts increased stress on your back.

“Before the pandemic, you’d get up, leave your house, travel to work, within your workplace, you’d move around during the day, then travel home. Just in that process, you’re up, moving around,” Dr. Smith said. “Many people are less active than they were before, and more so than they realize, not even getting the activity of transiting. They’re going from the bedroom to the home office, to the couch, back to the bedroom. Many people are more sedentary than they realize,” he said.

It’s also well known that depression can be associated with increased back pain, according to Dr. Smith, and there’s an increase to some degree in stress from the events of 2020.

Some risk factors for back pain, like aging, can’t be avoided. According to the National Institutes of Health (NIH), intervertebral discs begin to lose fluid and flexibility with age, decreasing their ability to cushion the vertebrae.

Back pain is actually more common among those who are not physically fit, according to the NIH. Back and abdominal muscles help to properly support the spine but you don’t have to be a Ninja Warrior to improve. Even moderate physical activity on a daily basis, including low-impact aerobic exercise, can help maintain the integrity of intervertebral discs.

Exercising on a regular basis can help keep muscles strong and flexible and the NIH recommends consulting a doctor for low-impact and age-appropriate exercises that specifically target the lower back and abdominal muscles.

Reaching for aspirin can be a shortcut but there are other things that you can do that are within your control to help ease your burden. Lugging around extra pounds adds more stress to your back and can cause lower back pain. Smoking restricts blood flow and oxygen to the lower spine and discs, causing them to degenerate faster. Smoking also increases the risk of osteoporosis and impedes healing. Do you know what else happens with heavy smoking? Coughing, which also can cause back pain on its own.

A nutritious diet can also include sufficient daily doses of calcium, phosphorus, and vitamin D, which can help promote bone growth.

Even simple things can help with back pain, according to the NIH, including wearing comfortable, low-heeled shoes and sleeping on your side in the fetal position. That sleep position helps to open joints in the spine and reduces the curvature of the spine, which relieves pressure.

So remember, even though “People with Back Pain” is one of the least exclusive clubs ever, it’s also one that, for many people, is easy to give up your membership. Most cases of back pain go away on their own within a few weeks. The majority of the rest can often be treated with some of the tips outlined by Dr. Smith, and there are surgical options for many severe cases.